Turkey tourist attractions which are in different cities in Turkey, offers lots of things to do.

Istanbul, Cappadocia, Ephesus, Pamukkale, Gallipoli, Troy, Antalya are the most popular tourist destinations in Turkey, and those cities are hiding the tourist attractions of Turkey.

If you are planing to visit Istanbul; the tourist attractions are Hagia Sophia, Blue Mosque, Grand Bazaar, Byzantine Hippodrome, Islamic Art Museum, Spice Bazaar, Bosphorus, Beylerbeyi Palace, Camlica Hill, Pierre Loti Hill, Eyupsultan Mosque, Fatih Mosque, Balat, Golden Horn and more it is upto your time and your interests. Istanbul was the capital city of three different empire (Roman, Byzantine and Ottoman) with this offers lots of things to do as tourist attraction which are part of Turkey tourist attractions.

If you are planin to visit Pamukkale Calcium Terraces and Hierapolis (Calcium terraces and Hierapolis Ancient city are in Denizli Porvince). Denizli Province is the another tourist destination in Turkey that offers lots of tourist attractions, it is also offers to the tourist health with the thermal hotels that participants may use the thermal water in tour hotel's pools and rooms. Nearby this, the other tourist attractions are Hierapolis ancient ctiy, white calcium terraces, Red callcium terraces, Aphrodisias, Leodecia.

If you are planing to visit Antalya; the tourist attractions are not only historical sites, this city is famous with its beaches of Konyaaltı, Lara and Kundu that you may spend great relaxing holiday closer to city center or you may be intersted in Kas, Kemer, Olympos (Olympos is famous with its beach and bungalow). The Tourist attractions of Antalya are beaches, Ancient cities of Perge, Side, Aspendos Antique Theatre, Olimpos, Kaş, Lara, Kundu, Konyaaltı, Kaleiçi, Kursunlu waterfall, Manavgat waterfall, Köprulu canyon, Olimpos mountain cable car.

If you are planing to visit Cappadocia (It is in between the provinces of Nevsehir, Aksaray, Nigde and Kayseri and it is huge area). The tourist attractions are Dervent Valley, Pasabag’s “fairy chimneys, Avanos, Goreme Open Air Museum, Uchisar Rock-Castle, Red Valley, Cavusin Village, Great Pigeon House, Kaymakli Underground City, Ortahisar Catle.

If you are planing to visit Gallipoli, it is in Canakkale province of Turkey and Canakkale city offers other tourist attractions such as Troia (Troy) which is mentioned in Troia book about the city. The Tourist attactions of Gallipoli are Brighton Beach, Beach Cemetery, ANZAC Cove, Ariburnu Cemetery, ANZAC Commemorative Site, Respect to Mehmetcik Statue, Lone Pine Australian Memorial, Johnston's Jolly, (Turkish and Allied trenches and tunnels), Turkish 57. Infantry Regiment Cemetery, The Nek, Chunuk Bair New Zealand Memorial.

If you are planing to visit Troy Ancient city in Canakkale. The tourist attractions are The Trojan Horse which was used in the movie Troy, The Trajan Horse which The Trojan Horse (Did it really exist ?) in centre in Canakkale, The Trojan Wars, Battle between Achilles an Hector, The 3200 years old city walls of Troy VI and VII, The East gate of VI (VIP entrance of Troy VI), The Temple of Athena, Walls of Troy II and Megaron House, Walls of Troy I (The oldest ruins of Troy), The trench of Schliemann, The ramp of Troy II, The Scaean Gate, The Gate of Troy VI (Where possibly the tricky wooden horse was taken), Sanctuary (Sacrificing Altars), Roman Bath, Odeon (Music theatre), South gate of Troy VI, Bouleuterion, Ruins of agora (Market place), 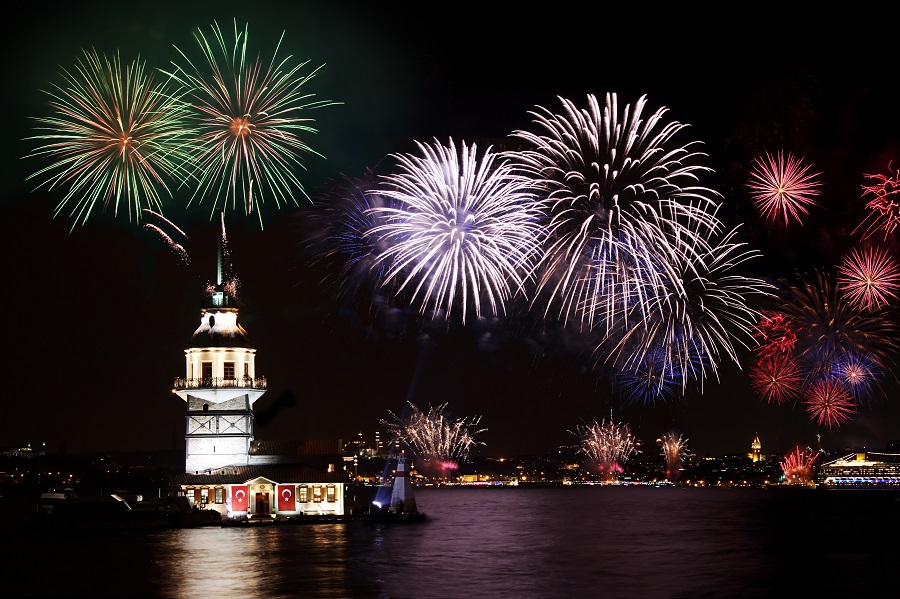 Bosphorus New Year's Eve Party Istanbul is available only during the new year night and new year's eve invite all the visitor to have a very nice and romantic muments in Istanbul while in their vacation. Istanbul is beautiful city and Bosphorus is the most beautiful part of the city and while in a vacation in Istanbul, it will be the much worth way to be in new year's night. You can make your booking for the night of 31 12 of new year in Istanbul.

There is two different programme which one is for new year bosphorus dinner cruise?

Last year I had joined to New year bosphorus dinner cruise with my parents, this your I want to join with my wife and one 1 year old child, please let me know the total cost.