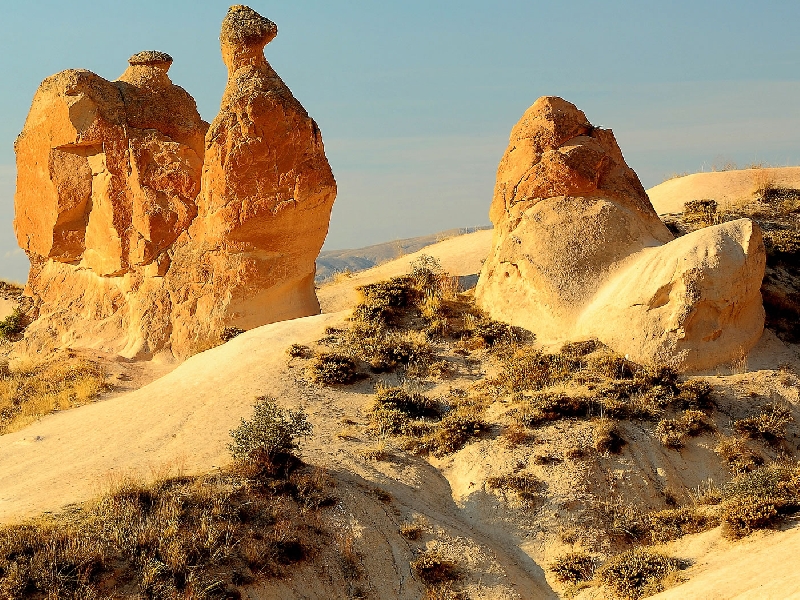 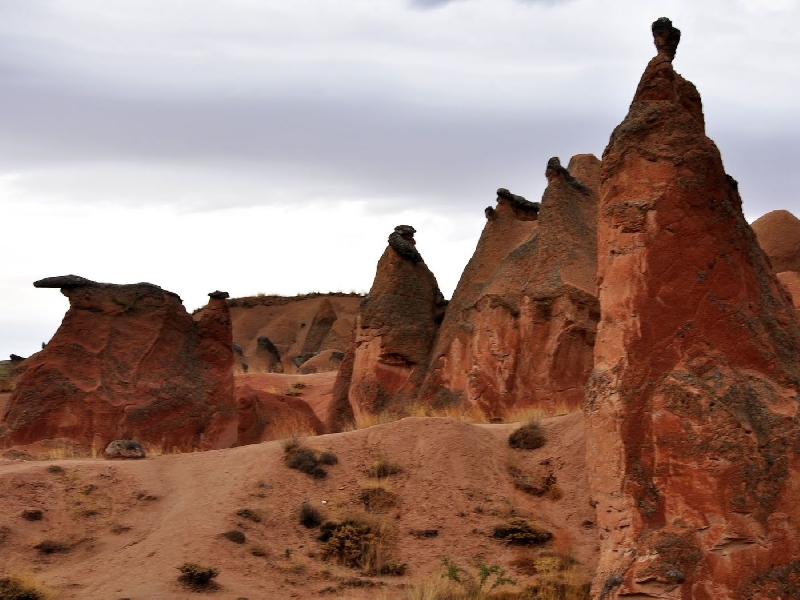 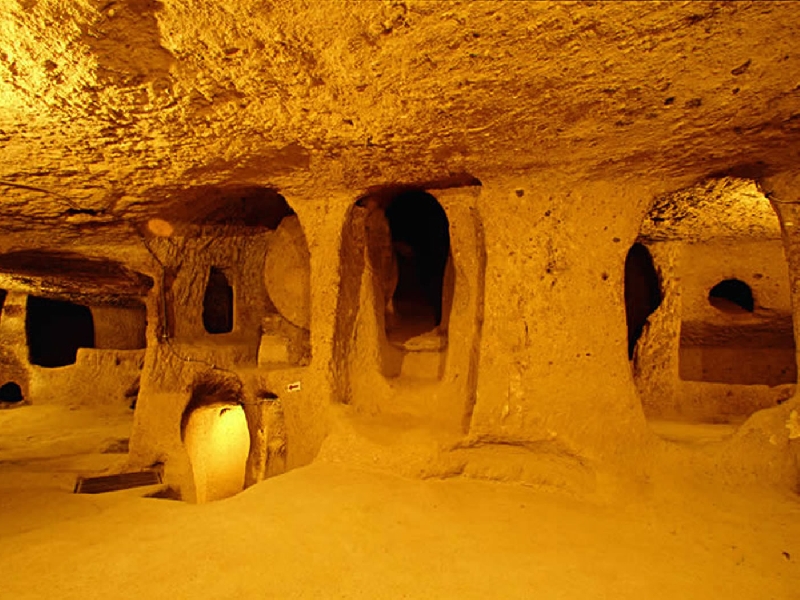 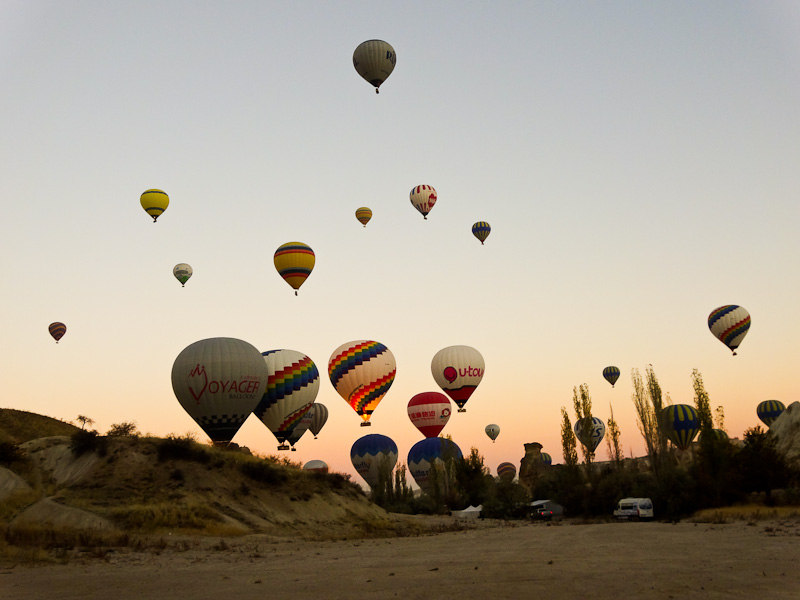 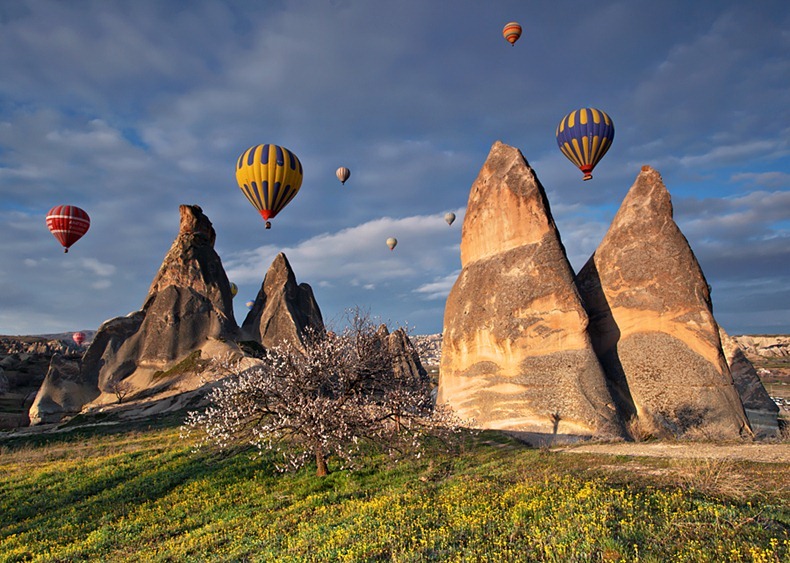 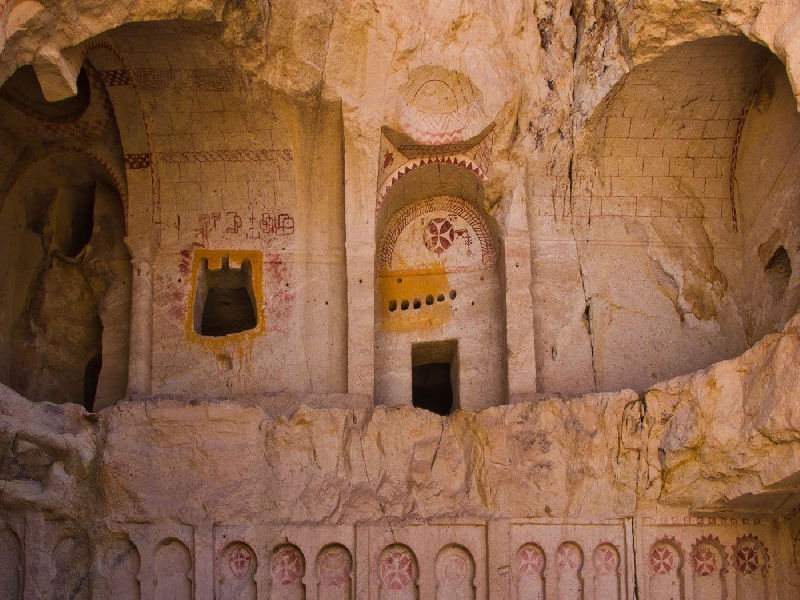 €370.00
PER PERSON
This price is per person in a double room. Please ask for single person, third person and kids prices
Book Now

English
Me and My Family's Best Holiday in Cappadocia, Turkey

We went to cappadocia tour from Istanbul which was excellent for my family and i arranged everything for our holiday. We did not know what to expect but was excellent surprised by the friendly people. We all went to cappadocia which was wonderful land to visit and history, caves hotel, explored the all the areas cappadocia within a guided group tour. Guiding was in English language which was also very good. Thank Mr. Senol who works in AllTurkeyTours.Ne. I want to inform you about this guy: Mr. Senol who is always online and help for your any needs. We feel that this was the best holiday ever and would like to go back to Turkey some day.

Withing the 3 day Cappadocia tour package which covers the most important historical and natural sites in Cappadocia. During the package in the tours, there will be professional guiding tour service that participants may enjoy the nature and history more and have memorible holiday in Cappadocia. Within this package, there will be visiting and discovery of the Underground city, Open air museum which are the major part of Cappadocia. The package covers the first day as a day of to reach to Cappadocia and second and last day as a days to join to visit and also last day is a day to return to Istanbul from Cappadocia by flight.

Today, you will fly from Istanbul to Kayseri and and transfer to hotel in Cappadocia.

09:30 AM After breakfast, depart for North Cappadocia Tour.

Devrent Valley; Walk through this amazing valley where different fairy chimneys formations that you will be discovered while walking.
Avanos; On the banks of the Kızılırmak River in Cappadocia is all about pottery-making.
Goreme Open Air Museum; resembles a vast monastic complex composed of scores of refectory monasteries placed side-by-side, each with its own fantastic church.
Uchisar Castle; is situated at the highest point in Cappadocia Many rooms hollowed out into the rock are connected to each other with stairs, tunnels and passages

09:30 AM After breakfast, depart for South Cappadocia Tour.

Red Valley; is one of the most spectacular valleys of Cappadocia with its different kind of rock formations in variety colors.
Cavusin; The town of Cavusin is one of the oldest inhabited areas of Cappadocia, a slow relaxed town, a delight to spend a night.
Pigeon Valley; Panoramic view of Goreme village, stop on the outskirts of Goreme village and look down into Pigeon Valley to see the centuries old pigeon houses carved from the cliffs.
Kaymaklı Underground City; is one of the largest underground settlements in the region. The large area reserved for storage in such a limited area appears to indicate the need to support a large population underground.
Ortahisar; is most pronounced structure is the Castle of Ortahisar situated at a 86 m height cave in the period of Eti. The castle has been used strategically and for accommodation.

16:30 PM At the end of the tour, return to hotel take luggages and continue to airport.
19:30 PM Fly from Kayseri in Cappadocia to Istanbul
21:35 PM Arrival in Istanbul and Transfer to hotel. Arrival will be the end of the

Guiding
- Turkish and English Speaking Professional Guide licensed by the Ministry of Tourism in the tours.

Meals
- Breakfast at the hotel.
- Lunch during the tours..

Land transportations
- Hotel pick up and drop off by non smoking and airconditioned touristical mini-vans.
- Airport transfers in Istanbul, Cappadocia.

We have been Cappadocia!

Thanks for excellent service and experiences, Cappadocia was excellent and we will recommend your tour service.

Thenks for your all perfect service of 3 Days Cappadocia, We have excellent service from our transfer from istanbul to the arriving to goreme, all on time. The tours were awesome, guide, meals very Good. Mr. Senol, Thanks for all your support every time! Nice Team and services!

We have had excellent time and experiences in Cappadocia. Organization of our package was well and evreything was on time. The tour guide was excellent, thanks to her as well.

3 Day Cappadocia Tour from Istanbul, we have spent our weekend in Cappadocia. Everyone should see the nature of Cappadocia. Me and my family we enjoyed and have had great experiences with a guided 2 full day tour and hot air balloon.

Me and my friend family, we have had the 3 days cappadocia tour from Istanbul. We wer 7 person with 3 kids. From beginning to end, every one enjoyed the tour and hot air balloon tour in Cappadocia. I highly recommend this attraction for Turkey.

3 Day Cappadocia Tour which we booked for Turkey in our short holiday at the last minute, I contacted the tour operator, Senol who helped us to book the cappadocia tours, hotels, transportation, flight and everything, it was very nice arrangement. We have had great time in Cappadocia and we also made the hot air balloon ride tour in Cappadocia that i recommend to everyone who goes to Cappadocia.

The Cappadocia Tour was with great adventurous for us walking in the vally and in underground city and exiting with the visiting the churches in goreme open air museum. I highly recommend this informative cappadocia tour package.

Cappadocia tours, me and my girlfriend we had done the 3 Day Cappadocia Tour From Istanbul by airplane, it was enjoyable and informative natural tour in Turkey. stayed at the cave hotel in Cappadocia, which was nice experience to used it for us and hot air balloon and cappadocia tours for 2 days. Recommend it.

I highly recommend this fantastic cappadocia tour package, just go on and enjoy your holiday in nature.

While planning for 3 days tours to Cappadocia, I was lucky and contact with Mr. Senol Behappy Travel. He helped me in finalizing detail of my trip and provided me all services that were agreed. We organized 2 full day tour, flight tickets from Istanbul, airport transfers in Istanbul and Cappadocia, 1 day free in Cappadocia for hot air balloon, our tours were great and tour guide were friendly, gave us informative tours and made our trip to Cappadocia unforgettable.

Thanks to every one, i spent great time in cappadocia as solo traveller, i was little bit be afraid of to go to Cappadocia because it is winter, but want to visit as well at the end went and visit, Cappadocia was great. Just I missed the hot air balloon ride because of the weather. Actually, I have got the money back in to my card. Thanks for everything, it was excellent experiences for be.

Cappadocia tour which we had done last week was fabulous. The price was worth to do cappadocia tours in Turkey. Well organized trip from istanbul included flight, tours, hotels, transportation. Thanks to everyone. I highly recommend 3 day cappadocia tour package.

Cappadocia was amazing, I higly recommend Cappadocia and join to hot air balloon ride. You will like it, I need to say that it is very very early in the morning but worth to do in Cappadocia.

We enjoyed everything in Cappadocia. It is a must see place in Turkey. Everyone should go and visit. It is also safe. I and my friend, we mostly liked the hot air balloon in Cappadocia.